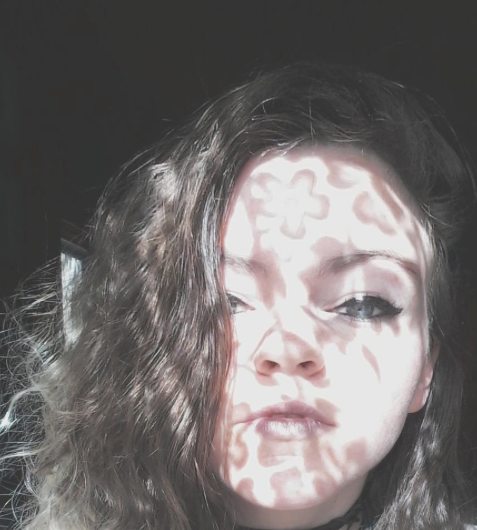 Leigh-vii is a calm psychedelic poet with a voice of soul and torture. Her haunted childlike tails entwine us to the undiscussed and neglected truths of our kind.

Influenced by the blues, psychedelic rock and the grunge roots she was born into, Leigh-vii sets out to place a delicateness to the hard hitting genres that get under your skin.

Writer and singer of the metal band Dread Adore, Leigh-vii tells the story through their debut E.P entitled ”Clinical”  (Unreleased) of a Black Magick witch who’s perception of the world around her falls short of every logical reasoning. The character (played by Leigh-vii) is a powerful yet harmful and dangerous woman.

”It’s rather amusing to inhabit the mind of this character I’ve created for Dread Adore’s E.P as I’m not myself a person who lacks care for others. I suppose it’s quite fun to play such a vile character where empathy isn’t portrayed because I can let out a lot of my own toxic energy this way…

…My character (I have a name for her but I like to keep it to myself) she kills her children and her husband whilst in the process of losing her mind working with black magick. She mocks the idea of being burnt to death. It’s quite exhilarating giving her the energy she needs to be portrayed how I see her in my mind.”

Leigh-vii is also currently working on her own solo E.P entitled Visions of Caution with a mellow soul, psychedelic rock taste and grunge guts.